This figure, described as a Gallo-Roman "Dancing Venus", wears clothes resembling those of a Roman matron
and holds her long tresses in the manner of many sheela-na-gigs and Romanesque exhibitionists.
To her left is a serpentine monster.
On one of the narrow sides of the stele or slab is an almost-effaced standing male figure.
Such a carving is a very likely source of inspiration for Romanesque sculptors. 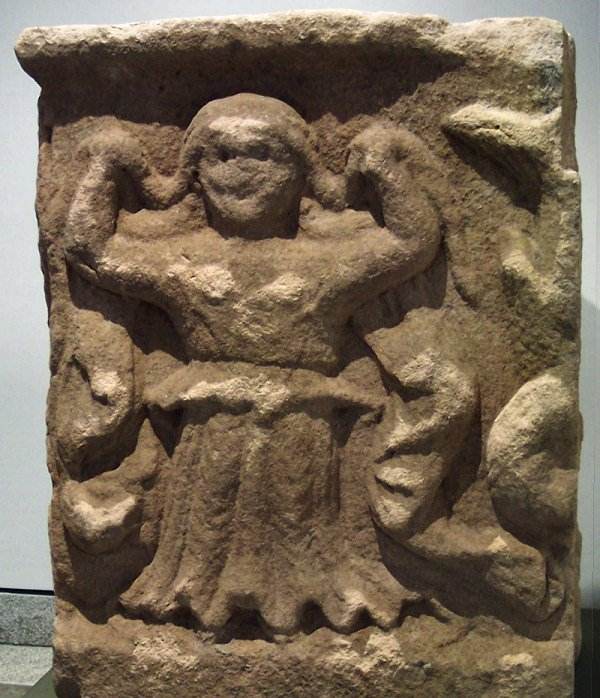 "THE SURVIVAL OF ROMAN ANTIQUITIES IN THE MIDDLE AGES",