The first-recorded figure at Clonmacnois is a tiny acrobat on the chancel arch of the Romanesque Nuns' Church,
and is an unusually small example of a motif found on many French Romanesque corbel-tables. 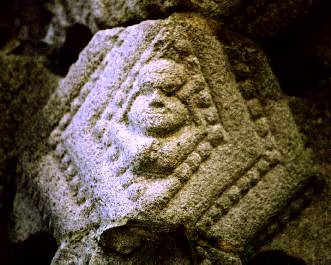 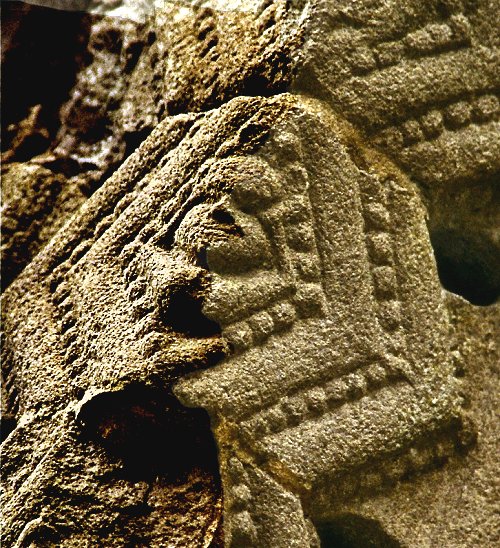 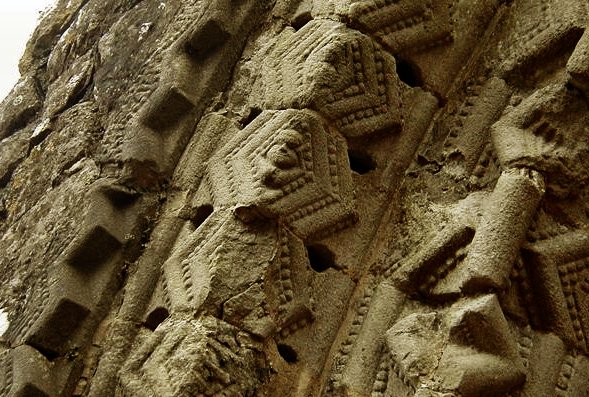 Compare with the tiny figure on the near-contemporary Muiredeach's Cross at Monasterboice.

More recently, this much larger and much later figure (now in the National Museum) came to light.
It has a tiny vulvular hole - and possibly - unusually - a clitoris. 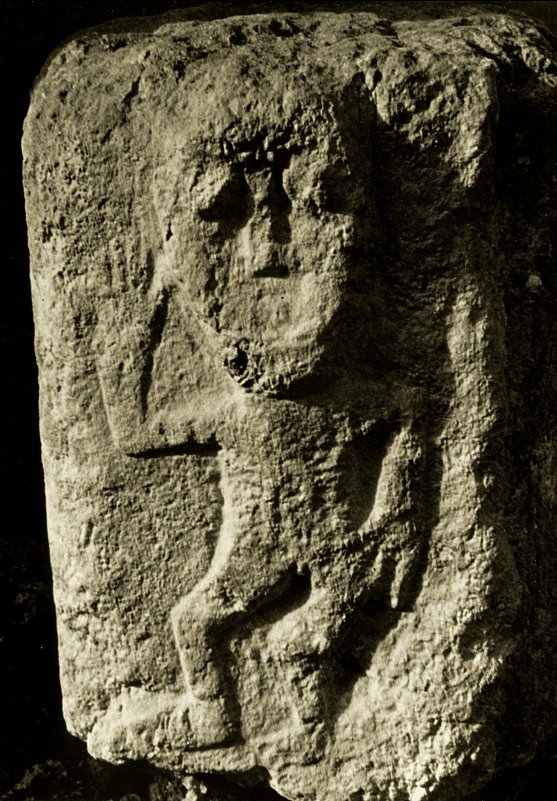