1. From ancient Greece a representation of the goddess Baubo said to derive from Egypt.
Legs wide apart, her hand is indicating her vulva in the manner of several sheela-na-gigs.

The route for Egyptian motifs to Europe was mainly through the Moors in Spain.
They picked up Ancient and Coptic motifs, which caught the attention of Christian monks and sculptors. 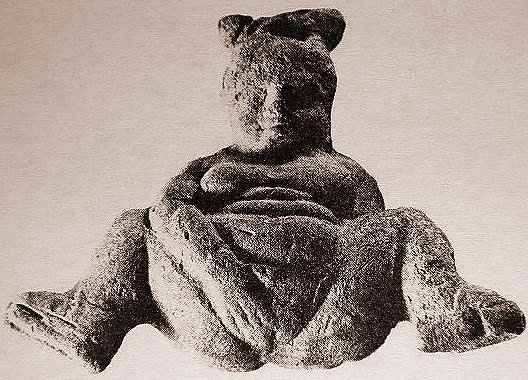 2. Sold on eBay in 2010 a more elegant Baubo in steatite, an amulet just 4 cms high, in another classic 'sheela-na-gig' pose. 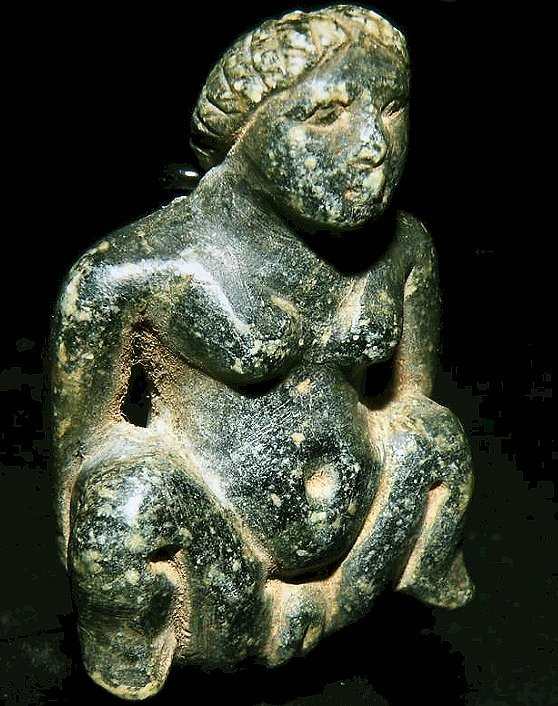 3. An (older) Assyrian bronze now in the Pergamon Museum, Berlin.

4. In the Museum of Agen (Lot-et-Garonne): a small, clay, Roman-period torso
so similar to the figure above that large numbers are likely to have been manufactured
(like modern figurine-ornaments) and provided local models for Romanesque exhibitionist figures.
They would also have been sold in Roman Britain. 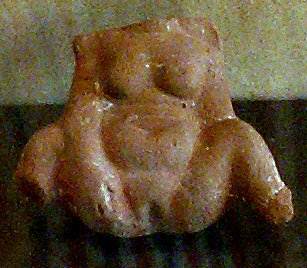 5. In the British Museum, Roman bronze gaming-dice from the 1st or 2nd century BCE. 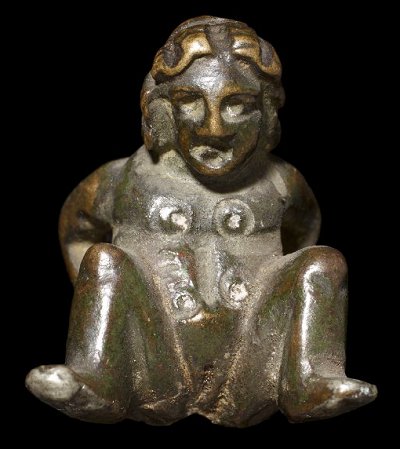 6. From ancient Sudan a recently-discovered statuette of the Kushite dwarf-goddess Bes
with a crown of ostrich feathers (?) - dating from the 8th century BCE.
She has different characteristics common amongst sheela-na-gigs as well as several Romanesque exhibitionists:
legs in a kind of dancing pose, forming a lozenge shape; and hands on her thighs.
Note the pubic hair and the flattened, simian head.

Also from Egypt is this image of the fertility/cow goddess Hathor. 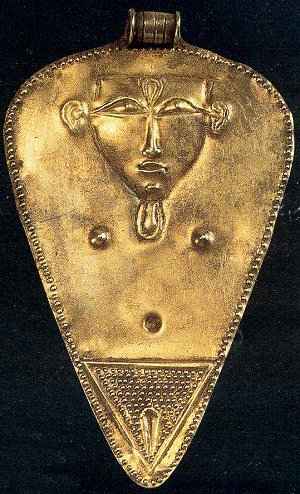 Compare with a carving in the catacombs of Paris, and

see Christ as Osiris on an Irish Cross.

From Gilat in Israel a charming painted terra-cotta figurine
thought to be 4,000 years old. 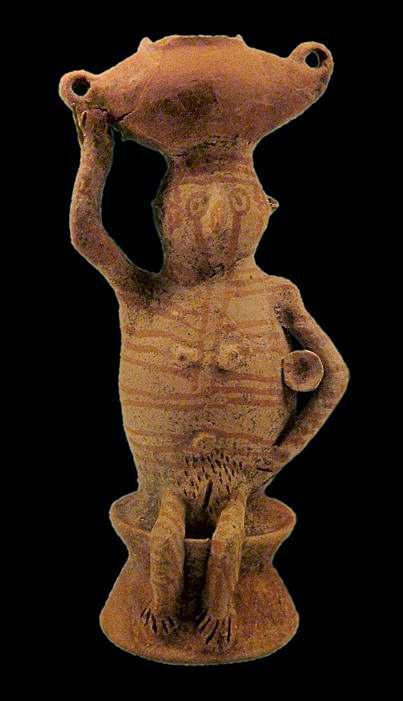