This photograph by Jakob Streit shows the Norse hero Vidar holding down a wolf-dragon with both hands, while, next to him, Mary holds Jesus.

Streit describes this combination of the violent hero with the 'peaceful' figure of Mary as an expression of the Twilight of the Gods: Vidar wards off the wolf-dragon so that Mary can give birth to the saviour of mankind: the old world of the gods goes under, the new mystery religion rises up.

Who the third head (on the left) on the capital belongs to is not explained. 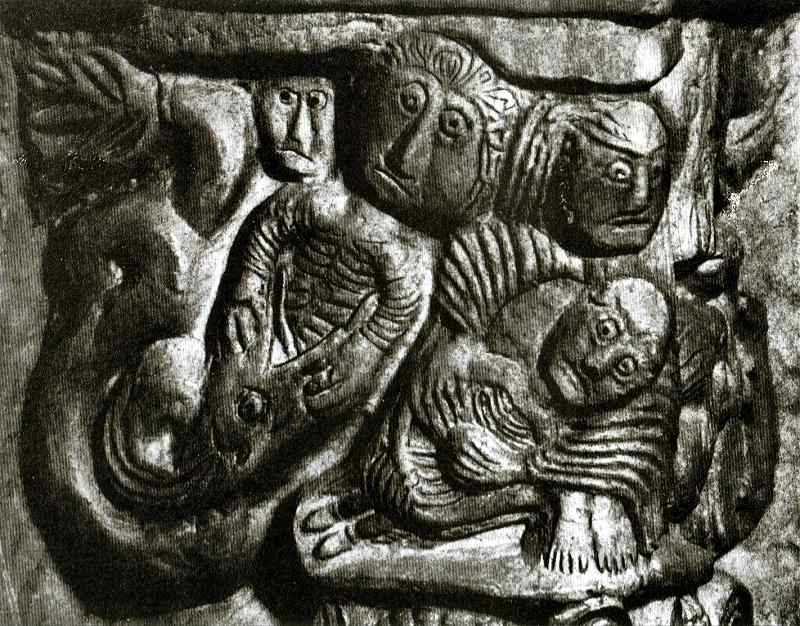 from Sun and Cross: the development from megalirthic culture to early Christianity in Ireland, fig. 69