1. This Lord of Beasts on a fifth-century ivory in the Bargello Museum, Florence
has been interpreted as Adam...

2. It has resemblances to earlier, non-Christian lords of beasts, such as the Phrygian god Sabazios/Sabazius,
in the Albanian National Archæological Museum, Tirana. 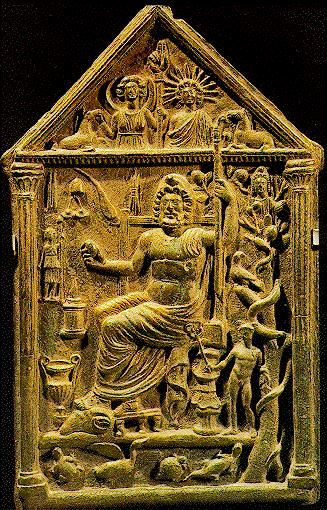 3. But on the celebrated Girona Creation Tapestry, Adam is shown as actually speaking.
The text paraphrases the Vulgate:

And Adam gave names to all cattle, and to the fowl of the air,
and to every beast of the field; but for Adam there was not found an help meet for him. 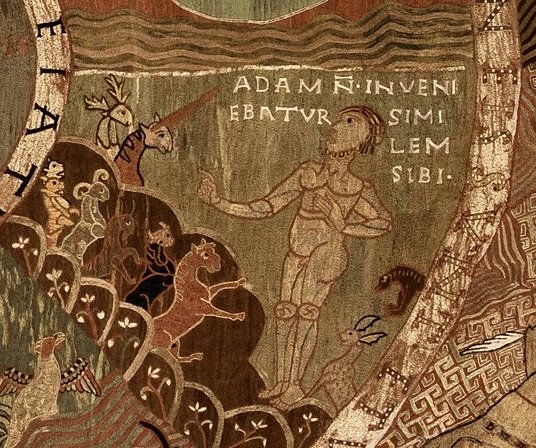 4.God the Father (reminiscent of Sabatius) as Lord of Beasts
on a late-twelfth century capital in the church of Sainte-Radegonde in Poitiers. 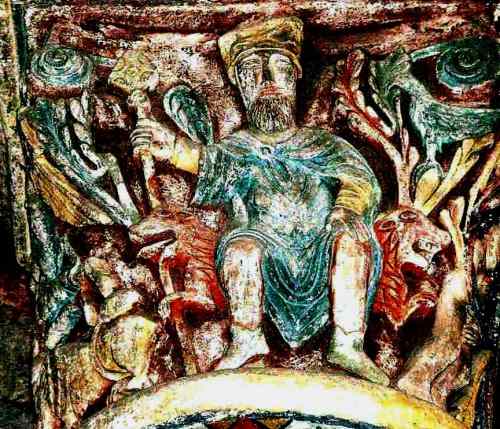 5. Orpheus holding his lyre
with beasts at his feet and a Minotaur,
at Brioude (Haute-Loire). 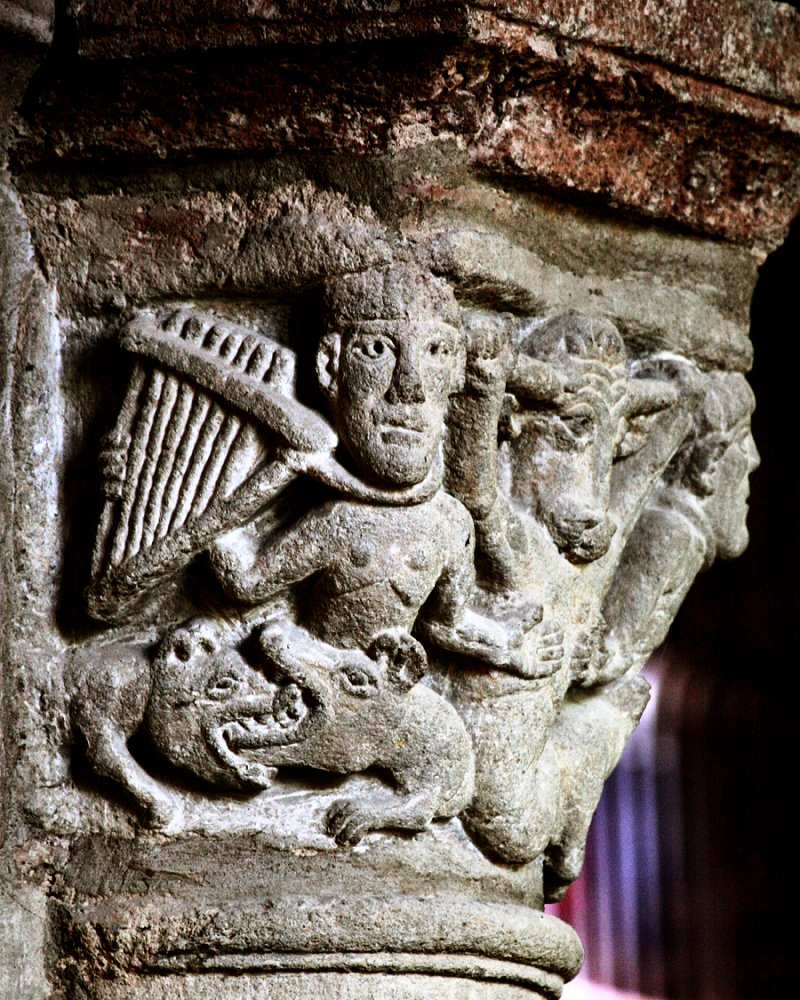 He appears in mirror image on the other side of the capital.

6. Orpheus with his lyre, charming beasts, a centaur and Pan
on a fifth-century mosaic in Jerusalem.
He wears a Phrygian cap.
The god Sabatios was Phrygian.

7. The Lamb of God ruling the beasts on a twelfth-century tympanum at Parwich (Derbyshire).
On the right is a wolf - probably the Nordic Fenriswolf - and at the bottom are two snakes
as if one referred to Biblical myth and the other to Midgaardsormen of Norse mythology.
The pig at the top could be the symbol of lechery and lust.
The bird perched on the Lamb's head (?) could be the Holy Ghost - or a peacock,
symbol of Life Everlasting. 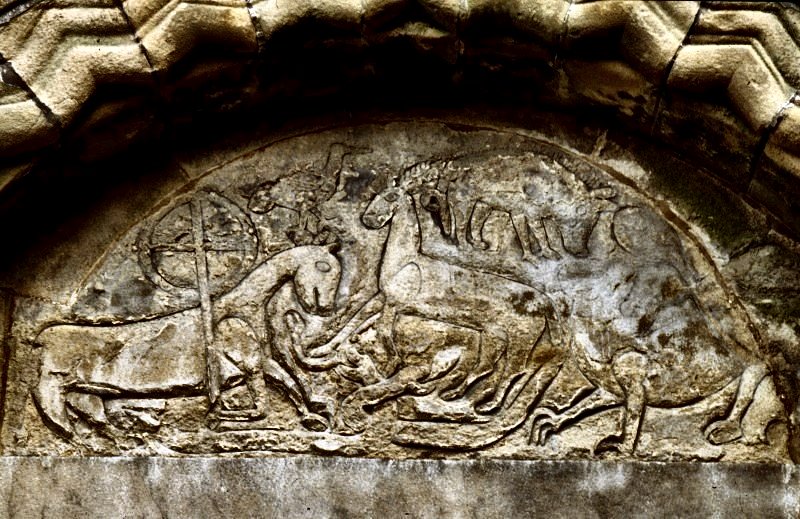 8. A self-portrait as Adam, based on the above and related images. 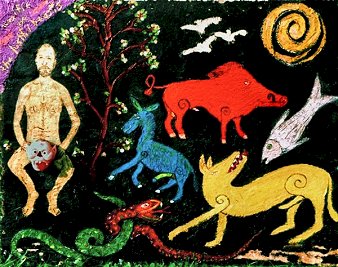