On the left, an acrobatic feet-to-ears female with bulbous eyes,
and a "belt of strength" below her which girds part of another figure,
or a cylindrical column.

On the right, by a different sculptor, two figures (male and female ?) performing what seems to be an acrobatic, sexual act. 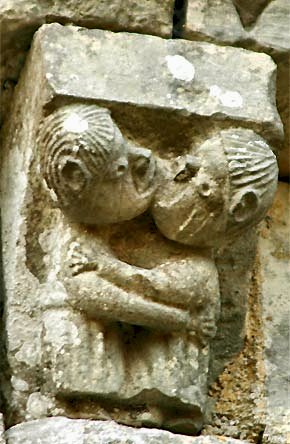 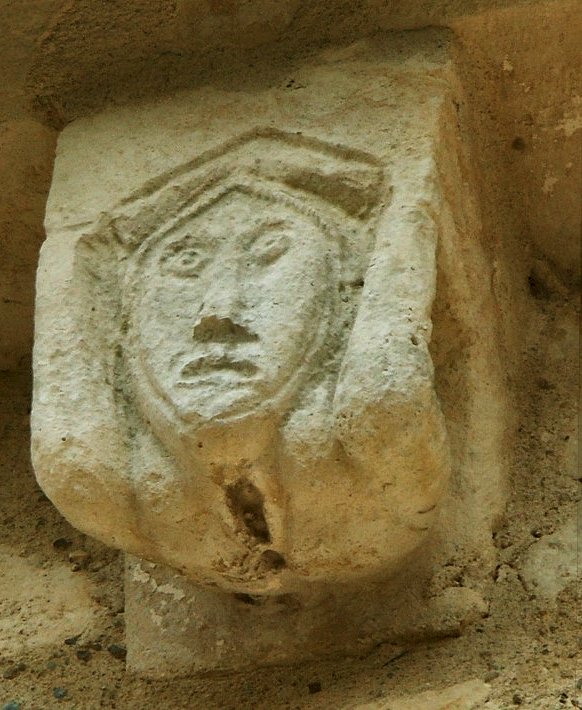 ...whose agonised expression and eyes (especially) prefigure several of the Irish figures.