A remarkable window-top from the 16th century
which was in typical Irish fashion originally interpreted as a mason's hammer !
Carvings of disembodied male genitals feature on the corbels of some churches in the West of France and NW Spain.
The motif on the right might be a spider's web, symbolising the snares of sin.

Almost none of the castle now exists, and this stone was last seen in a storage shed of the Shannon Development Company,
where I photographed it in the mid-970s.

Another 'Smithstown castle' is a tourist destination in the North of the county, but is properly known as Ballygowan castle. 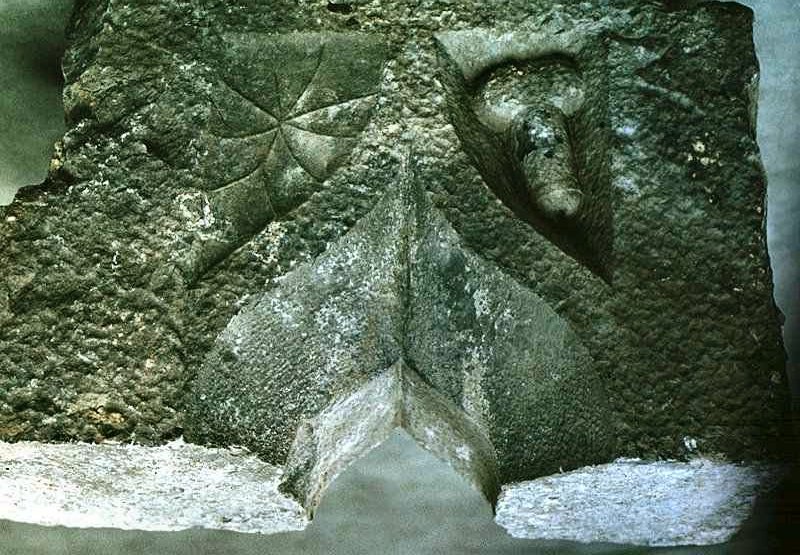 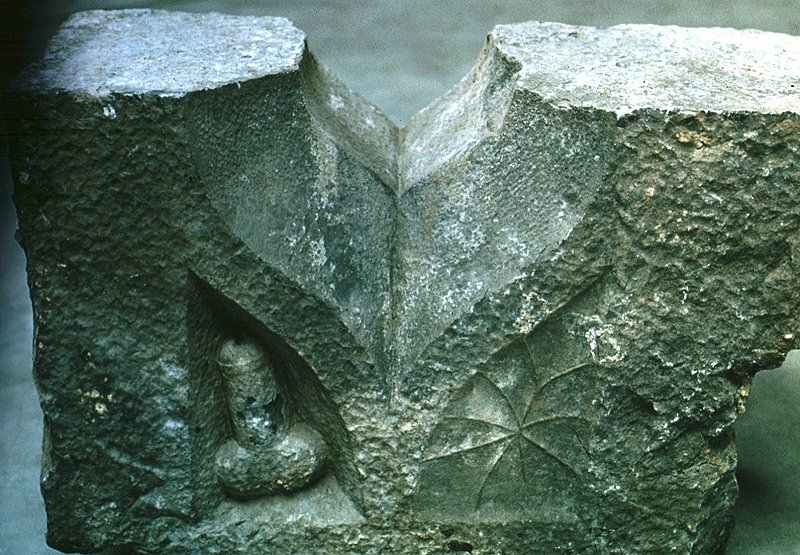 Compare with an end-stop carving on a window of Colsterworth church in Lincolnshire.