This amazing water-spout is in the Margam Stones Museum in Swansea
housing what survives of Margam Abbey. It is described as 15th century in the museum,
but, from the face and eyes, it could, indeed, be as early as the late 12th or 13th.

When I went there many years ago I found the museum closed, and I could not wait another day -
so I went away unaware that the figure is a gargoyle.
I am indebted to John Harding for the following information and photos.

Compare it with a gargoyle in situ at Autun (Saône-et-Loire)... 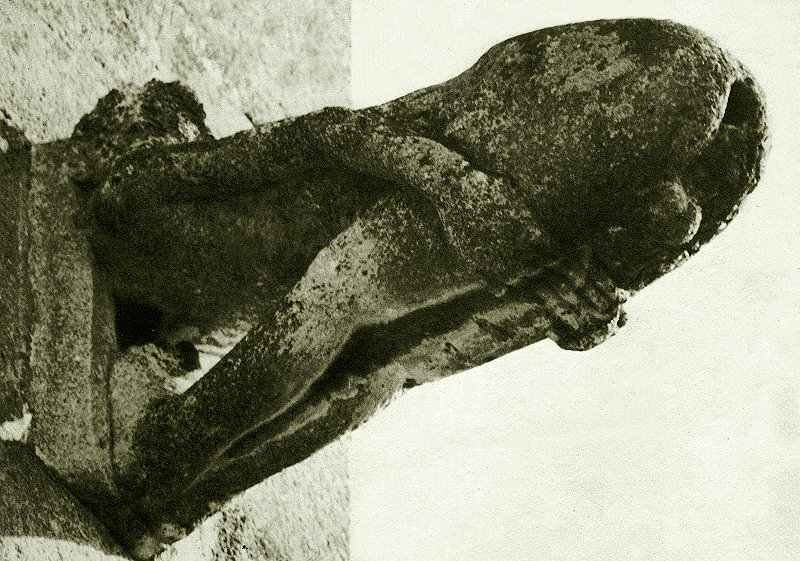 ...and with a moon-faced one on a house in Bruniquel (Tarn-et-Garonne). 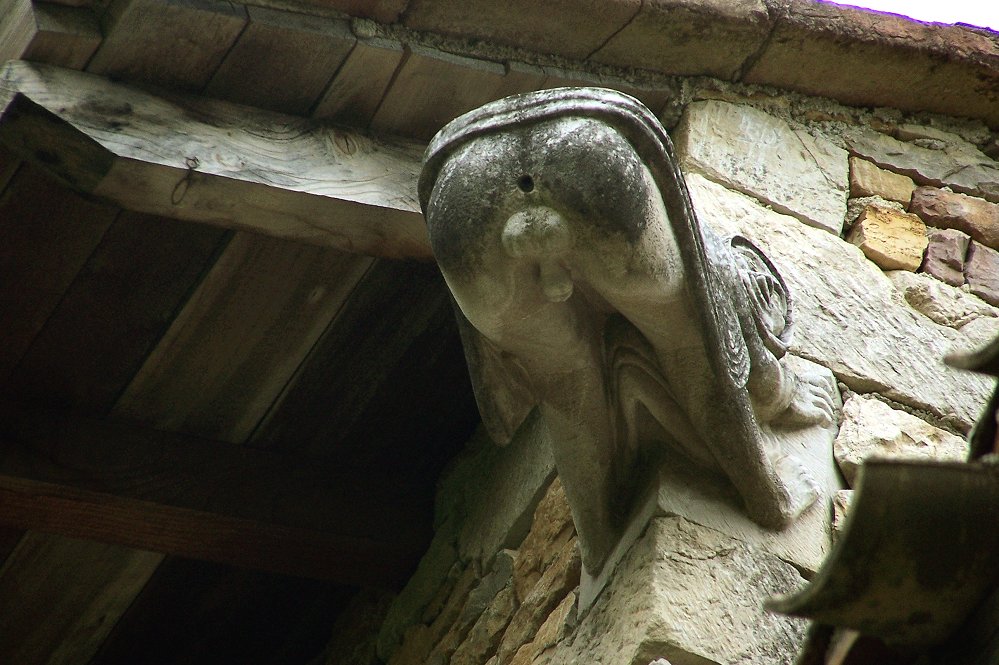 Other church towers have male exhibitionist gargoyles. In Lincolnshire alone there are at least four
(as photographed by Tina Negus):
at Colsterworth, a church which has several exhibitionist figures,
Ancaster (which also has a female exhibitionist and related corbels such as musicians and a bearded male couple),
Rippingale, and Syston.

They are probably widely-distributed, for my colleague Kjartan Hauglid has photographed some on the island of Gotland in Sweden: 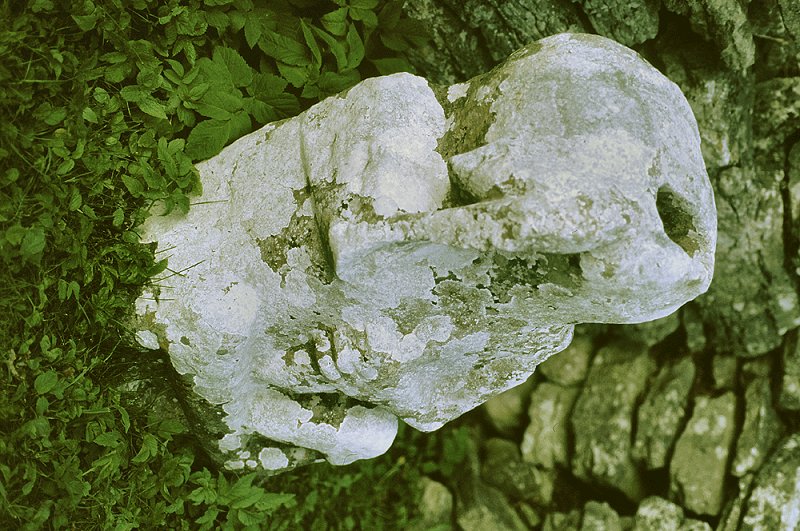 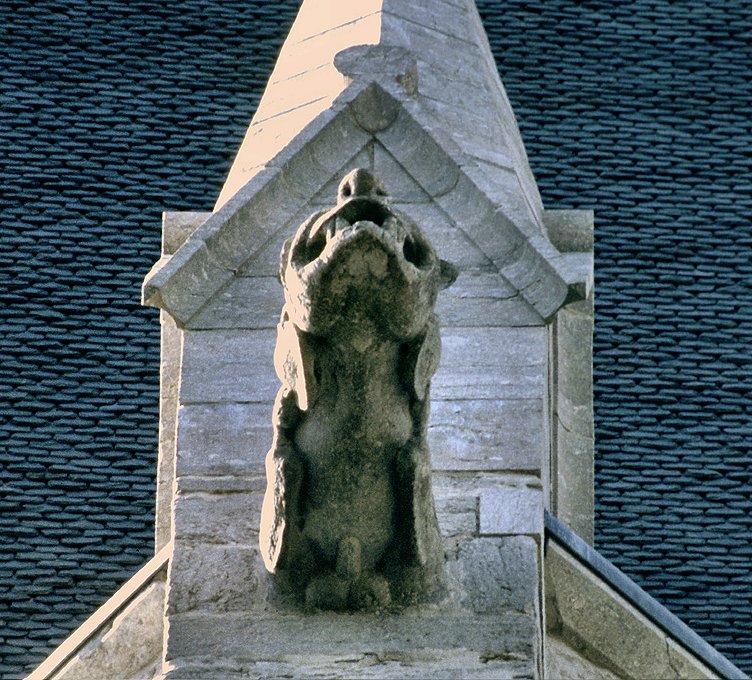 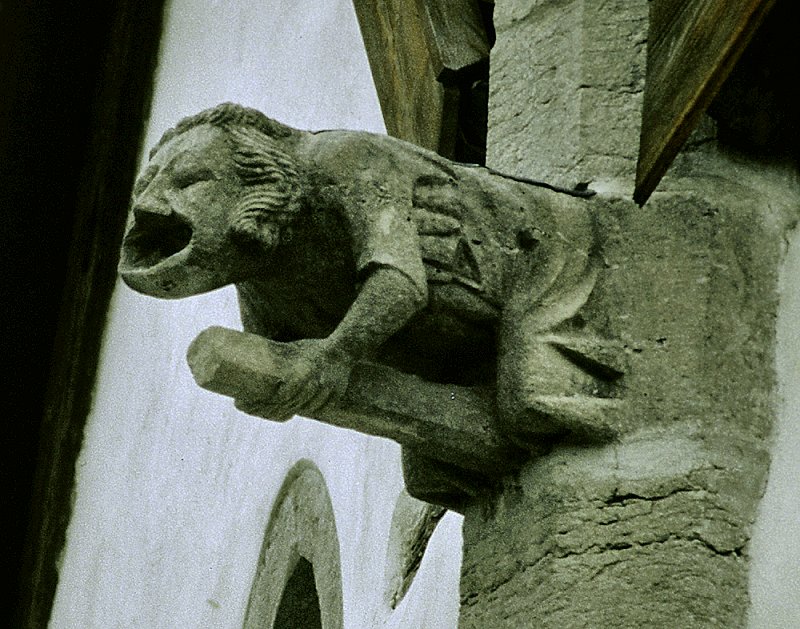 Compare with an earlier ithyphallic figure, in France, from the 12th century >