This carved stone slab now set high in the stair turret in the South aisle of the church of St John the Baptist
is 11th or 12th century. The figure on the right is a centaur: as theriomorphic and unnatural (therefore evil) accomplice
- which is being attacked (?) by an animal (or a peacock ?).
On the left, a female with vulva as large inverted V is groped by a male with broken penis poking from beneath his skirt.
The skirt suggests that he might be a priest or monk, in which case the panel is an attack on Concupiscence amongst the clergy,
a serious problem right up until the Reformation. 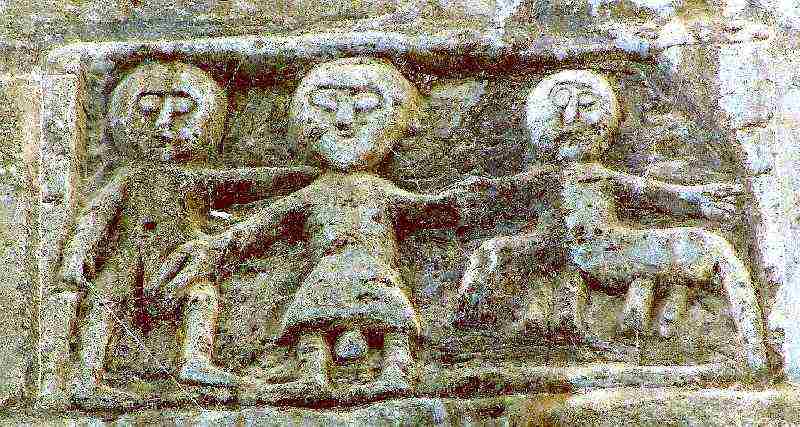 Compare this panel with one at Poitiers in France >

The Llanhamlach scene may well represent two monks.
It could represent Sacred Marriage.
See Boswell, John: THE MARRIAGE OF LIKENESS
- SAME-SEX UNIONS IN PRE-MODERN EUROPE (HarperCollins 1996)
- a vital text for the understanding of early Christianity and monasticism.