Set on its side on a high impost of the twelfth-century chancel arch of the parish church,
this wimpled figure seems to have been heavily exhibitionist but has been deliberately mutilated
by hacking and scoring - presumably by some offended cleric, because it required a ladder to see properly.

According to Keith Jones of the sheela-na-gig group,
the figure could be seen through a window on the south-east when the church was locked.
He reported traces of a huge vulva hanging down to the knees in the manner of the Oaksey carving.
Unfortunately, the Buncton figure was actually and purposefully destroyed in November 2004,
very carefully hacked to pieces with a hammer and chisel, with the fragments lying on the church floor below.
Absolutely nothing else in the church had been touched.
The result was photographed by Martin Duffy of the sheela-na-gig group. 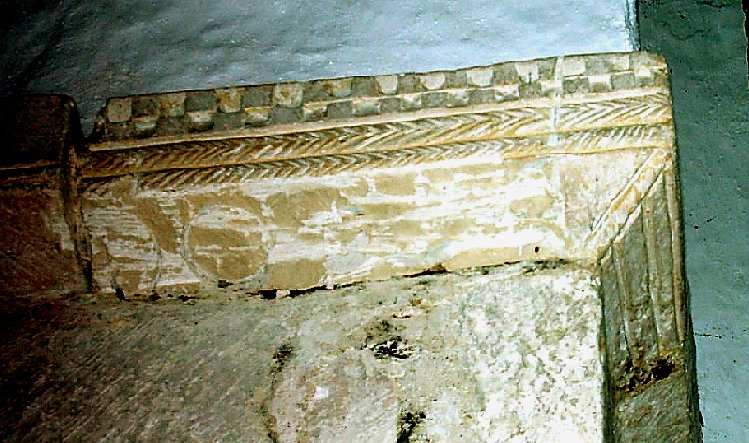 The figure before destruction. 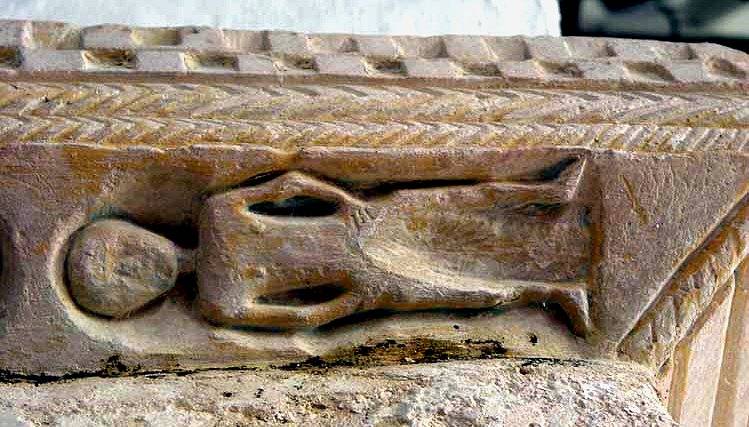 Compare with another sideways Romanesque figure at Liathmore in Ireland,
in a position where the White Island figure likewise was placed sideways in the twelfth century.