Part of a non-functional corbel-table on this rural church, showing typical Romanesque corbel-motifs -
including two exhibitionist figures: one upside-down (indicating the fall into Hell) and the other placed diagonally.
Note also the grotesque face on the right drinking from a small keg or barrilet: indicating the sin of bibulousness.
The beast-head (of which two bovine examples appear here) is the most common motif in Romanesque sculpture. 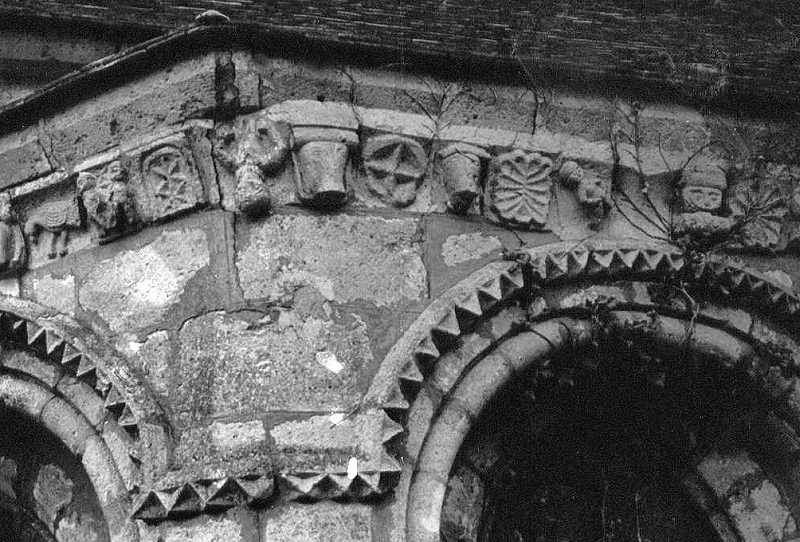 A much more recent picture from atlas-roman.blogspot.com

This church is in Champagne.
Click here for a typical Aquitainian corbel-table. >